An Invitation to ZUMA 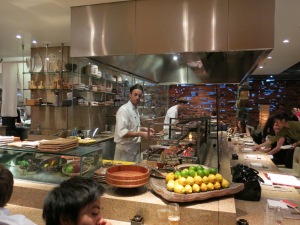 I must confess I have not been to Zuma since it opened (with a Buzzzzzz) at 2002, it just kept slipping through my restaurant visits in London.

Now Kobi is my legendary “culinary tours” partner at restaurants all over Europe since the late 1980’s, we used to travel all over France in search of the culinary wizards of their times, and found them, tours that left us with everlasting memories. He is a great cook, and an amazing judge of good cooking, and good food, be it haute cuisine or simple street food, a lover of tastes, delicate cooking, a master of light touches that make food 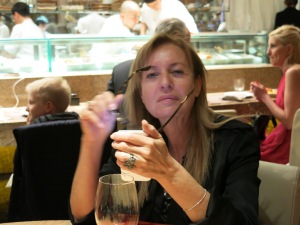 great. (I must say I have learned a lot from him regarding approach to cooking). Shelly his wife (on the other hand), she is a great friend of mine and the true celeb of our group tonight. She is the “teacher /mentor & right hand” of the talented and shy Alber Elbaz, the chief fashion designer of the house of Lanvin, we are talking the top of Haute Couture. (Have a look at Alber Elbaz on truth and fashion Video) it is a fascinating piece on anything but fashion on: http://www.youtube.com/watch?v=y5BUFFpZC5s ) (I like this guy). 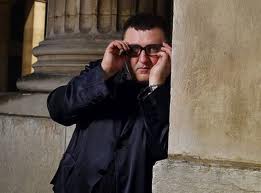 Elbaz studied fashion at Shenkar College (Ramat Gan) near Tel-Aviv. His teacher was Shelly Verthine, who remained Elbaz’s close friend and creative collaborator. “Shelly was my teacher and is still my teacher,” he says of shelly who remains an integral to his work and is often seen by his side. “The mythological teacher who brings things out of you”

Guy Bourdin: In Between– by Shelly Verthime and Charlie Scheips (2010)

by Nicolle Meyer and Shelly Verthime (2006), check them out they are fascinating. She is also the curator of the Guy Bourdin V&A exhibition and since then in many major museums all over the world, as I said a real celeb! A video of the 2012 show can be seen at : http://www.youtube.com/watch?v=b0SFLvsYULs

But she is shy, always away from the limelight, I once asked her how come she is always wearing simple plain clothes with all the Haute Couture availabilities around her and so she honoured me with an “appearance” for my birthday…

As planned we all meet at Zuma as arranged, for my last night of fun Birthday weekend in London, my Home away from Home.

Zuma is about fashion, see and be seen, glamour, and celebrity, but above all it is committed to top notch cooking which they call: contemporary

Japanese food. Zuma of London’s Knightsbridge, offers something different, a sophisticated twist on the traditional Japanese izakaya tradition of informal eating and drinking.

Traditionally Izakaya (居酒屋) is a type of Japanese drinking establishment, which also serves food to accompany the drinks. A places for after-work drinking, very much like a Spanish Tapas Bar. Here at Zuma they claim that: “The ethos behind zuma is to deliver an authentic flavour of the east while respecting the traditions of the past”

Indeed the menu presents the diner with a wide variety of traditional Japanese products, condiments and cooking methods all with the addition of some European additions like black truffles (in many of the dishes) and other “borrowed” trendy ingredients make up an alluring menu (the kind you want to say: ”one of each please”. 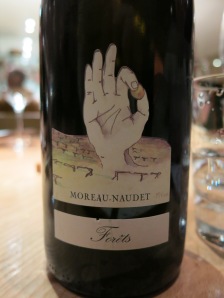 We ordered our wine although the Sake list looks impressive. (my understanding is limited on the Sake front, so I aimed wine wise at the general taste of the guests around the table and came up with a winner:

This is a fruity, voluptuous wine with abundant citrus notes of lemon, lemon rind, sea salt, (that go well with the ample usage of Yuzu and sea weeds in Zuma’s dishes), a touch of floral scent of wild flowers and wet chalk touch. It’s beauty is in the balance between all the flavour elements. It comes from a small lot within the Montmains vineyard, which Stéphane calls:  “…one of the greatest terroirs of Chablis.” Stéphane Moreau is though young is a very experienced winemaker and the wine reflects his deep understanding of Chablis winemaking expressing his new ideas into the final product.

The wine is available at https://www.justerinis.com/fine-wines/wine-details/burgundy/domaine-moreau-naudet/chablis-la-forest-1er-cru-2010-20498  buy it for £165.00 (for a case of 12 bottles (if you are at the UK, and make it your summer wine)

We started with the most amazing fresh, smooth and silky Home made  tofu served chilled with condiments, not only it is beautiful to look at, but has a great consistency and touch on the palate, personally “spiced” by each of  us with a choice of spices laid around the wooden square dish fresh grated ginger, wasabi, sesame and a fruit confiture, perfect!!

Than came the Thinly sliced seabass with Yuzu, truffle oil and salmon roe, very delicate, evenly spiced citrus meets the ocean, the truffle oil, quite unsuitable for these delicate touches of flavours. 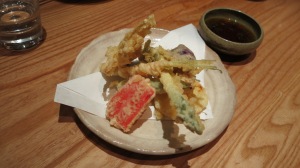 The assorted Vegetable and The tiger prawn Tampura’s were slightly different in their butter coating and were both oil free crisp and fresh.

The Crispy fried squid with green chili and lime where prepared to perfection, lightly breaded with a nice rough sandpaper texture on the palate, a 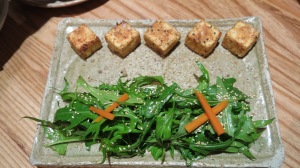 The vegeterians around the table were offered the Fried tofu with mizuma, gobo and pickled baby carrots, fried similarly to the calamari.

The Wagyu was perfectly marbled lightly seared on all sides with the center left raw with enough heat to start affecting the fatty “marbles” adorned by a generous amount of thinly sliced “fresh” black truffle which was loosing its scent by now (June) but the ponzu was a perfect dip for the dish adding a lemony zest to the final flavour.  Ponzu (ポン酢) is made by simmering mirin, rice vinegar, tuna katsuobushi flakes and seaweed (kombu) over medium heat. The liquid is then cooled, strained to remove the flakes, and finally the juice of Japanese citrus fruits: yuzu, sudachi, daidai, kabosu, or lemon is added.

By now everyone was quite satisfied but I could not resist the amazing Wagyou cut of the day and decided to order the Wagyu beef (sirloin) served with tahhon aioli and chilli daikon ponzu. A real delight straight from the robata grill a real BBQ delicacy, apart from being perfectly prepped, there is no doubt the uncooked produced played a major role in the success of the dish. Excellent!!!

With the eye of a painter and the fre 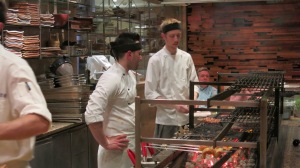 fashion and fashion photography as his vehicle, he explored the realms between the absurd and the sublime, taking cues from the theater and Surrealism. He broke conventions of commercial photography with a relentless perfectionism and sharp humor. Some of these qualities were served to us on the dishes during our meal at Zuma and these are some of the qualities I expect from a meal, my dear friends and family added the extra bits for a great completion of a very FINE supper. 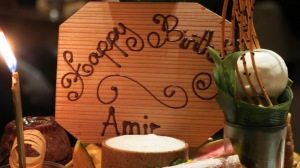