(an heirloom is an object, usually an antique possession of personal value, that has been passed down for generations through family members)

Crouch End, London N8, was not my dining destination for a proper, well cooked meal by any standard, as a matter of fact there was nothing to write home about the “food joints” of the neighborhood.
Crouch End claim to fame is a legend that Bob Dylan used to be spotted in Crouch End, when he came to reco 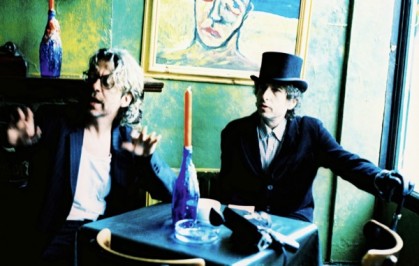 rd at The Church Studios on Crouch Hill. There’s a legend that he even dined at Banner’s restaurant (not my kind of place but probably the only eatery in the area at the time, after all a man’s got to eat…), there is even a plaque there that proudly commemorating his visit. This is good enough for me, I like Legends and I certainly love Dylan, my kinda poet my kinda music… but well before Bob’s visit, strolling Crouchy in the early 80’s, the neighborhood which was a bit desolate, I could not but hymn to myself :”how many roads must a man walk down before he can find… “ (a decent restaurant…), cheeky??…well I did not actually do it but it goes well with the theme innit? and if Bob is just another name here’s some other music stars to adorn the neighborhood: Dave Stewart, Radiohead, Elvis Costello Depeche Mode, and David Gray and lately U2.

Now, since my grand daughter Eliya, was born, about 20 months ago (she resides in Crouchy) I find myself walking the streets pushing her in her pushchair watching the wonder of a neighborhood awakening, in a triangle around the Crouch End Broadway’s clock tower, new dinning options appear like mushrooms after the rain, increasing in quality and diversity to meet a demand of young families who flock the hood. 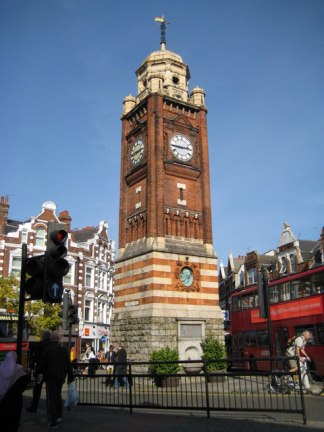 The Clock tower, btw, was erected in 1895 in memory of a local politician, Henry Reader Williams (1822-97), who actually saved Highgate Wood (a 28 hectare area of ancient woodland) from urban development (bless his soul), Green Party of the 19th century!!
My daughter Daphne keeps me posted regarding new culinary venues in the area and about 20 months ago, I was told of a new restaurant serving British style modern food using mainly British traditional products; ‘Heirloom’. Here they serve Rare-breed meats and heritage (Heirloom) vegetables (these are as you know, old-time varieties, open-pollinated (not hybrid), that are saved and handed down through multiple generations of families, fruits and vegetables on the verge of extinction) Heirloom products are “homegrown” by the restaurant’s Produce Director / co-owner David Macintosh in his farm in Buckinghamshire, and some of the other fruits, vegetables, herbs & leaf, which form the major part of their daily changing menus, are collected from small farmers still growing oddities which can not be found in your local supermarkets. 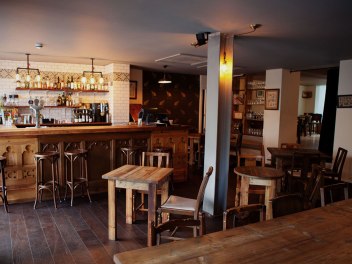 Heirloom is a stylish looking rustic restaurant with wooden tables and a (not much used), nice wooden sturdy bar, I bet you that when it was envisaged, it was intended to be a focal point of the restaurant busy with drinkers having wine or beer with some of the nibbles on offer, alas, this is not so yet, (I love sitting on a robust Bar). Here at Heirloom, they are serving daily specially sourced products from Dexter beef, wild boar, or game birds: Pigeons, Guinea fowl, Partridges season’s grouse and wild ducks, odd traditional vegetables and hand picked wild mushrooms in season.
These guys take what they do seriously, no pretensions just good and honest cooking, very good products and a lot of imagination. It seems they don’t have set timing for cooking products so at times they will release (especially game poultry) a bit on the rare side… even on meats that can be served on the medium side… (A kitchen is all about pressure especially on days the place is fully booked so, I say, it’s OK to foul on the fowl, seriously!!!!). But Head Chef Liam Murray and The Chef Director Ian Macintosh (elder bro of Farmer David), are inventive and caring, and are very good at pairing products on the well presented plates. The Menu changes almost daily (not an easy task), It feels they enjoy and like what they do and with James Galton’s the general manager, Maitre D. and sommelier caring touch in looking after every guest they form a good solid team. 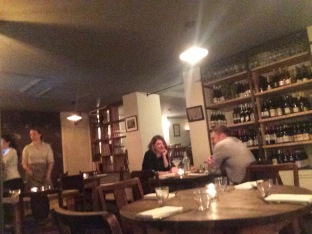 As for drinks, their wine list is sensible, fairly priced ,and selected between producers mainly from Old world affordable wine producers from: France, Italy, and Spain that can still be priced fairly, reading their wine list makes me think maybe they should go for a wine tasting of wines from Portugal there’s a new generation of Portuguese winemakers especially from Dão and Douro region in Portugal, some of these wines pair perfectly with their style of cooking.

We opt for the less familiar to us: British craft beers and Ales, and what a delight, the beers of Saltaire, Harbour Brewing Co., Bath Ales and Wild Beer Co. are delightful, smooth, multilayered with aromas and flavours of apple, pear, and other notes of coffee toffee and bitter herbs. 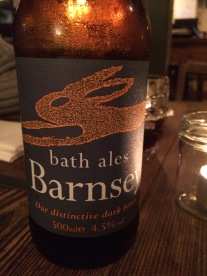 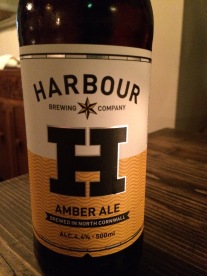 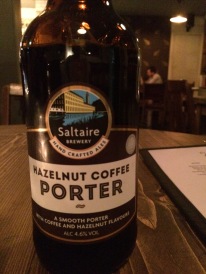 I have visited there quite a few times, theres always something to please the palate and the mind, offering not your usual products with quite a few nice oddities as a daily surprise. Most cooked from fresh and some prepared in advance like home cured or 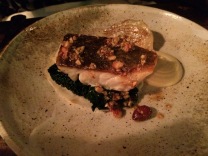 r fish, all prepared on the premises to perfection, which for me is delightful. to have home cured goose ham, or Berkshire Venison or a wild Boar loin, Cornish Cod cooked to perfection, Cornish squid, or Devon Crab always with an array of samples on the side Violet artichoke, beetroot (they love beetroot here), Salsify, celeriac, fennel cooked in all fashions, an touches of wild mushrooms: Chanterells, girolles, and ceps. 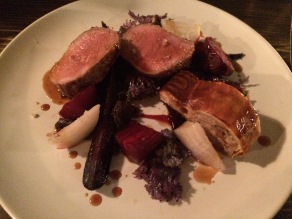 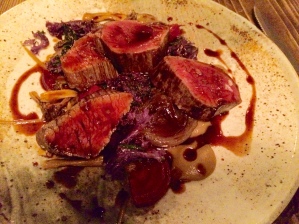 this is not a starred restaurant this is a team of young chefs cooking good solid sensible food, adorned by good imagination and lots of love and care, after all what else do you need. 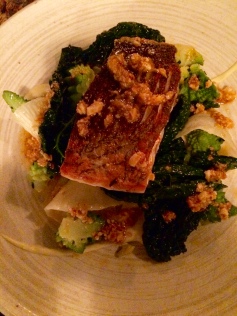 a collection of the fare on offer can be seen on their Instagram site:
https://www.instagram.com/heirloomn8/ 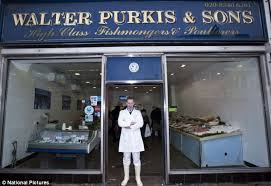 There’s also a local Fishmongers on Crouch End Hill (up the road from the clocktower) Walter Perkis & sons. For my taste they have a lot to offer, fresh monkfish Lobsters and Devon crabs at their best, they really know how to treat fish. The smoked salmon as other fish sold in the shop used to be smoked on premis 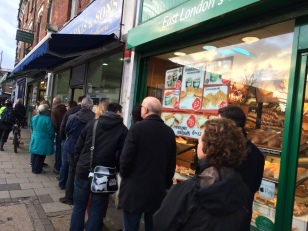 es in a traditional smoke house that is located in the rear the Crouch End Shop. This smoke house is a century old and in fact the oldest working fish smokehouse in London. If you don’t mind the occasional queue, (see on the right) you’re in for a treat.