Oral sense of Touch… (and a bit of Hearing)

from LIFE THE SCIENCE OF BIOLOGY 2007

We’ve been through most of the important 5 senses taking part on wine tasting: Sight, Smell, Taste, including a light “touch” on the sense of Touch, since touch plays a key role in experiencing taste it “deserves” a separate chapter.
Oral touch sensations, include those generated by pressoreceptors, mechanoreceptors and thermoreceptors sensory cells of the oral cavity. 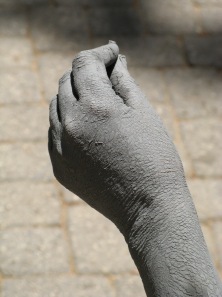 The bodily sense of touch is the first sense to develop. It supplies, major means of information from the proximal environment. The human hand is one of the most important adaptations in our evolutionary history, mainly because we are the only primates able to perform opposition between our thumb and the fingers allowing us the ability to perform minute highly accurate digital manipulations.

The Oral somatosensation plays a crucial role in many aspects of our multisensory perception of food wine and flavour sensation. The tactile stimulation we receive in our mouth supplies informs of food and beverage from the temperature of a food through to its texture. Food texture has been defined by Bourne as: ‘the response of

the tactile senses to physical stimuli that result from contact between some part of the oral cavity and the food’. Other researchers included the contribution from other senses, like olfaction, vision, even hearing, and kinesthesia in their definitions, (Kinesthesia is the awareness of the position and movement of the parts of the body using sensory organs). In terms of describing texture of food or wine, these may appear sticky, grainy, sandy, smooth, creamy, harsh, spicy hot or temperature changer (hotter or colder than our body temperature), all of these are felt in the mouth.
When it comes to the tactile experiences associated with the consumption of food and drink, they are obviously important. Oral-somatosensation is recognized as taking a major role in our overall experience of food and drink.
The multisensory aspects of texture
It is, however, not always so easy to ascertain exactly which sense is actually doing the work in terms of giving

rise to specific aspects of our multisensory experience of food and drink. We assume that the experience of bursting bubbles of fizzy drinks in the mouth is due to the CO2 bubbles popping in the oral cavity, it turns out that sensation of carbonated or fizzy bubbles on our tongue is not solely tactile but rather a result of the stimulation of the sour taste receptors on the tongue. The perception of fattiness in a food or drink is sensed by tactile receptors, However these sensations do not solely come just from the ability of the oral-somatosensory receptors to sense texture of food or drink consistency, but an accumulation of perception from the olfactory and gustatory

receptors. Wine astringency or phenols in fruits and vegetables like brewed tea leaves, squeezed pomegranate or tannins of young red wine, is actually a tactile sensation, although many think of it as part of the wine taste and flavour.
Oral touch sensation is also responsible for the sensation of what we call “mouth-feel”. A menthol candy may evoke a cool mouthfeel sensation, a bite on a hot chilly evokes a burning sensation, alcohol evokes heat sensation etc. Jowitt defined mouth-feel as: “the textural attributes of a food or beverage responsible for producing characteristic tactile sensations on the surfaces of the oral cavity.” (Jowitt, R., “The terminology of food texture”. Journal of Texture Studies, 5:351-358, 1974)

“The tactile stimulation of the oral cavity is also very important for another reason: it turns out that where we localize a tastant follows the location of the tactile stimulus drawn across the tongue and not the point where the taste stimulus itself happens to have been transduced on the receptor surface, the fact that people localize the flavor of food to their mouth, despite the fact that the majority of the information concerning flavour comes from their nose i.e. smell. So smell is likely to attribute in large part to the tactile stimulation that they experience in their oral cavity while eating”
There is also a connection between temperature and taste. Researchers found that simply by raising or lowering the temperature at various surface points on a person’s tongue, temperature changes elicit sensations of sweet, sour, salty and bitter – that is, the four main basic tastes.

), which projects directly to the primary somatic sensory cortex. This projection carries information concerning touch, texture (mouth-feel), temperature, and proprioception (not to mention nociception or oral pain, and chemical irritation) from the relevant receptors in the mouth. All appear to be represented in the Orbito frontal cortex as well as in several other brain areas.(from: Food Texture and Viscosity: Concept and Measurement M. C. Bourne 1981)
Tactile Sensations
The entire oral cavity has various degrees of the sense of touch, but the parts most sensitive to the “tactile impressions” of wine are the upper, centre part of the tongue and the soft areas of the palate, the inner upper lip, the pharynx, the larynx and the gums. The centre of the tongue contains the filiform papillae (singular: papilla) are one of the four types of lingual papillae (see: https://wine4soul.com/2013/03/16/sense-of-taste-and-wine/ ), they are small prominences on the surface of the tongue.

The Filiform papillae are thin, long (upside-down) “V”-shaped cones that don’t contain taste buds but are the most numerous, covering most of the dorsum (upper surface). These papillae are mechanical and are not involved in taste sensation, but tactile sensation only. Swirling wine in the mouth is a second stage (after sniffing) which helps to pinpoint the sensations of wine texture, temperature, astringency, body alcohol content and the “touch” from carbon dioxide in sparkling wines.

Wine Body: is a tactile term which expresses the feeling of weight of a wine in the mouth. At times the impression of full-body is almost like that of a solid substance even thought we are concerned with a liquid. It is created mainly by alcohol sensation which may lean to the “heavy” side due to higher viscosity than the water constituent of wine the higher the alcohol content the “fuller bodied” the wine . Wine dissolved solids (sediments before settling) also contribute to the sensation of “body” in the mouth. 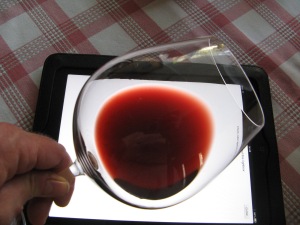 Wine Texture: this refers to the touch of a wine, how it feels in the mouth. It includes sensations such as smoothess, viscosity; watery or rich dessert wines and is with high combination of sugar, glycerin or the “touch of alcohol.
Wine Astringency: caused by high concentration of phenolic substances in young red wines, responsible for the “dry” sensation caused mainly by the tannins present in the wine at this stage. The ageing process reduces astringency due to oxidation, and will be less evident in mature or older wines.
Temperature: refers in this context to the sensation of warmth created by ethyl alcohol, which increases with the wine’s strength.

Fizziness: a prickly sensation is caused by the presence of carbon dioxide bubbles.
Mechanical characteristics are subdivided into the primary parameters of hardness, cohesiveness, viscosity, elasticity, and adhesiveness, and into the secondary parameters of brittleness, chewiness, and gumminess. Since popular terms are used to describe texture they often point only to a degree of intensity of these characteristics rather than an objective description.

Studied showed that: The in-mouth “chalk-like” texture of wine was strongly associated with anthocyanin

concentration and was negatively associated with alcohol level and acidity. The astringent sub qualities of “velvet-like” or “emery-like” roughing were mostly related to polyphenol levels. Wines that elicited a “puckery” sensation were characterized by relatively low anthocyanin levels, high acidity, and high pigmented polymer and tannin concentrations. So both acidity anthocyanin and alcohol concentrations affect tactile sensitivity and perception.  As currently defined, wine taste sensations fall into four, or possibly five categories: sweet, sour, salty, Phenolic compounds include several hundred chemical compounds that strongly influence taste, color, and mouthfeel. Tannins and anthocyanins pigments. Some of these are naturally present in the fruit and some are created during the winemaking and aging processes. Phenolic compounds such as Resveratrol have been linked to many of the health-beneficial properties of grapes and grape products.
In the case of wine or juice, mouthfeel combines sensations related to the product’s viscosity as well as sensations related to the product’s chemical properties, such as astringency 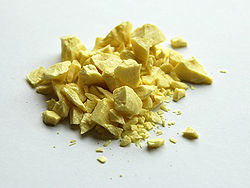 Sulfites are sulfur-based compounds occur naturally during wine fermentation, but are also often added before, during, or after fermentation as sulphur dioxide (SO2), to protect wine from oxidation and the activity of undesirable microorganisms, particularly bacteria. Sulfites are added at higher levels to white and/or sweet wines to prevent browning and/or spoilage.

Methoxypyrazines are a class of chemical compounds that produces herbaceous odors (e.g,. green bell pepper, leafy, or vegetative). In white wine, the odors can be desirable. However, in red wines high levels of methoxypyrazines are very undesirable. Although this is an element of “flavour” it has an influence on our mouthfeel of wine touch…

To include all 5 senses in the experience of wine drinking or wine tasting the sense of Hearing is added in the form of the hearing ringing sound of glasses touching at the raising of a glass, wine glasses toasting is a very closely observed part of drinking culture. In company, no one should drink a sip of alcohol before having toasted every other person at the table by touching each others glass with intention a look into each other’s eyes… the talk around the table about the wine being drunk or tasted, sound of a popping champagne bottle, wine being poured into a wine glass, and the sound of a wine glass or God forbid… a wine bottle shattering in the background. All thought the ear our hearing sense organ with it’s center and specialty sense receptors in the Middle ear connected to our brain via the Auditory nerve – Cranial nerve Number 8.
All of our 5 senses take part during wine drinking, appreciation, and wine tasting. All of these arise in the head area; they all have specialty sense organs which are connected to our brain via one or more of the 12 Cranial nerves sometimes simultaneously by several cranial nerves. What a wonder our body is, what a wonder wine is…it is indeed a symphony of senses (see: https://wine4soul.com/2012/05/11/symphony-of-senses/ )
Drink, Sense, Enjoy.
Cheers
YOUR WINEGUIDE